Thanks to its products VSAT, WAKA and GoSat, Afrikanet allows thousands of Senegalese and Nigerians to follow live the course of their team. Here is an update

on the course of these two world cup teams. They are the last countries in the Lice to represent the African continent, after the elimination of Morocco, Egypt and Tunisia. Nigeria and Senegal 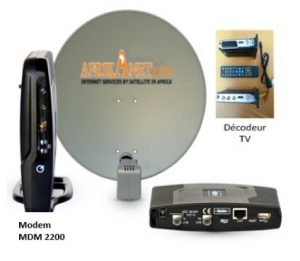 both have good hopes of qualifying. But the hardest remains to be done for this 3rd and last day of the group stage. Indeed, respectively 2nd and first of their group, with 3 and 4 points on the counter, their qualification is far from being recorded. The super Eagles will face Argentina, which plays its last card in this World Cup. The Lions will have to get rid of Colombia, which intends to qualify after its wide victory against Poland last Sunday.

Nigeria, accustomed to world cups, participates in its 6th World Cup and intends to qualify for the finals. If for the moment, the super Eagles are mostly famous for their undeniable style, they

did disappoint on the field. Defeated in the first round by a very fit Croatian team, the Eagles were able to recover to win a 2-0 win against Iceland. They now occupy the second place in this group D, 2 points ahead of Argentina. The Senegalese, for their part, participate in their second World Cup after a remarkable course in 2002. The team of Sadio Mane and Koulibaly can count on a rich and technical staff to go far in the competition. The lions of Teranga have started the competition by winning 2 to 1 against Poland, 8th in the FIFA rankings. They then stumbled on a strong Japanese team for their second match, with whom they currently share the top spot in Group H.

But the hardest part remains to be done

If on paper, the 2 teams are well gone to reach the 8th finals of the competition, nothing is actually less sure. Indeed, for their last group game, the 2 African selections have inherited the bete noire of their respective group. Nigeria will face Argentina on Tuesday 26 June. The abiceleste, though one of the favorites of the competition, has not yet shined with 1 small point taken in 2 games. But a win against Nigeria tonight would allow Lionel Messi’s team-mate to qualify, provided Iceland does not win against Croatia. This is where the main risk lies for both formations. Croatia, which on paper should easily have the Vikings, is almost guaranteed to get the first place in its group  .

But an Icelandic victory could allow the Vikings to qualify in case of victory for Argentina. The Super Eagles still have their destiny in hand and must at least achieve a draw to qualify.

The Teranga lions will also have a lot to do for their last group match. Although first in their group, at Equality with Japan, the lions have a short head start on their future opponent. Colombia, after an unfortunate defeat against Japan, reversed the trend by winning 3-0 against the Polands. For their last match, the Falcao and James Rodriguez team plays big and hopes to get his qualification against Senegal. Here again, a draw would be enough for the lions to qualify, or even a defeat provided that Poland prevails against Japan. Anyway, the stakes of the last match of the group phase is huge for Senegal and Nigeria, and we wish the two teams every success in representing Africa for the rest of the competition.